Many benefits of becoming a member of a group captive insurance program can be summed up in two main features – cost and control.

We’re going to take a deeper dive into the advantages that mid-to large-size companies, paying at least $150,000 annually in commercial insurance premiums, can experience from a group captive.

As a refresher, let’s start with the definition of a group captive: it’s an insurance company formed by the members for the benefit of the members.

A captive’s objective is to minimize the cost of business insurance for each of the member companies, ultimately enhancing their bottom line. Additionally, group captive member companies can influence their premium costs, whereas traditional insurance doesn’t offer any level of control.

Let’s take a more detailed look at the key benefits of a group captive. 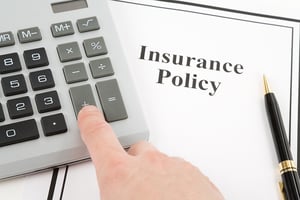 When you purchase a commercial insurance policy, you pay rates based on the results of all the businesses in your industry regardless of whether you outperform the other companies in your field.

Additionally, you may operate a safe business; however, if it’s considered to be in a higher risk industry, you will pay more in premiums. Plus, with traditional insurance, you’re paying for overhead in the form of services you may not want or need.

Is there another way? Yes, with a group captive, you have more control over your premium costs.

A group captive brings together well-run companies that are financially stable, have a focus on workplace safety, and have better-than-average loss results. The group is very selective and controls the companies that join the captive, and each goes through a thorough vetting process.

Since a group captive’s goal is to minimize insurance costs, companies approved to join have historically low losses, manage their risk, and maintain financial security.

Group captive members pay premiums directly to the captive. About 60% of these premiums are held in an account to cover claims. A small amount of these loss funds can be used for risk-sharing amongst the members.

Risk sharing is required by the IRS for the captive to be recognized as an insurance company. Each year, if there are funds remaining in the member company’s account – meaning risks were effectively managed – they are returned to the company in the form of a dividend, with interest.

With traditional insurance, the policy-holding company has no ability to manage the claims process. In a group captive, members have direct influence over claims management. Insurance adjusters work for the captive and its member companies with the goal of keeping them happy.

With increased risk management practices by the captive members, claims frequency and size tend to be lower, and with member oversight of the captive, claims tend to be closed faster and have a lower net cost. Additionally, captive members have real-time access to all claim information at any time.

Watch our video to learn more How many times have you been surprised with increased insurance premiums despite improving results? Probably more than you can remember.

The lack of explanation and inability to predict these increases directly impact your business planning, forecasting, and bottom line. You can help eliminate the setback from increased costs with a group captive. 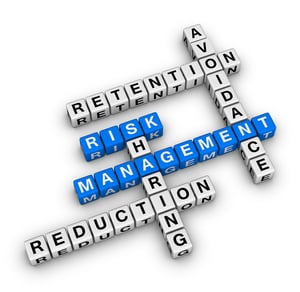 In a group captive, each company can influence how much they pay in premiums by controlling their losses. The member companies share a small level of risk with the group, which motivates the group to maintain or improve its risk profile through effective risk management strategies.

Member companies work to maintain sound business practices and safety in the workplace with few or no incidents, resulting in a corresponding decrease in claims.

This ultimately results in a downward trend of insurance costs. Streamlined claims investigation, faster claims closure and processing, and overall reduced administrative costs of the captive also help to reduce costs. Members have a complete accounting of all the expenses incurred by the captive for more accuracy in planning.

Remember that a group captive is operated by its members for the benefit of those members. Much the same way that you have– and need– full disclosure of all financials for your own business, you have them for the captive. You know where every penny goes that you’ve paid in premiums.

Members as owners have influence and control of the group captive insurance company and vote in the decisions of the captive. The captive is managed by a captive manager approved by the member companies.

Having a captive manager allows each member company to focus on running their business, yet still have oversight of the captive’s operations. Compensation for that management company is included in the expense of the captive and fully disclosed to the membership.

Get your free guide today!

Want to learn more and know if a group captive is right for you and your company? Talk with an expert group captive agent at Leap | Carpenter | Kemps to find out. Contact us today.

You have a duty as a small business owner to safeg...

END_OF_DOCUMENT_TOKEN_TO_BE_REPLACED
Carmen Sanchez | Jan 25, 2023
What to Do When OSHA Shows Up

OSHA’s mission is to oversee safe an...

The most common reasons for time lost at work are ...