What is Group Captive Insurance? 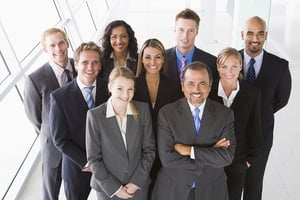 What Does a Group Captive Cover?

Who Benefits from a Group Captive?

A group captive insurance company can benefit any mid- to large-size firm paying at least $150,000 in commercial insurance premiums each year, and that has historically low losses. Companies who seek to join a group captive are evaluated on how well the company is run, whether it is financially secure, and its focus on safety and risk management. Each member of a group captive pays premiums based on their five most recent years of losses and exposures. Once a member of the group captive, each company can influence how much they pay in premiums by positively controlling their losses.

What are the Advantages?

A group captive can provide a number of advantages. Members can expect:

While it will take a few years as a member to realize most of the benefits, forecasting potential underwriting profit is a simple process. If your firm typically experiences a 30% or less annual loss ratio, a group captive can work for your firm. With the group captive, the majority of the premium paid is set aside in the member’s loss fund. These funds are used to pay claims of the member. Any unused premium is returned to the member with interest. This can mean as much as 60% of the member premium can be returned as a dividend to the member company or any one person(s) or entity they designate. A prospective member’s individual loss history can be evaluated to see the potential benefit.

Watch this video to learn more. Want to know if a group captive is right for you and your company? Click below to book a free consultation with a Leap | Carpenter | Kemps agent to find out. Contact us today.

A group captive insurance company is formed by...

While the many benefits of becoming a member of...

END_OF_DOCUMENT_TOKEN_TO_BE_REPLACED
Matthew Banchero | Feb 18, 2021
Direct Writer or Insurance Broker — Who Should You Work With?

Roughly 2.66 million people are employed by the...